Wow, first and foremost, I'm in shock for two days straight that the world has lost TWO great entertainers. I woke up yesterday morning to learn that Bernie Mac passed away from pneumonia. Pneumonia? This is 2008 and we have yet to cure pneumonia? What the hell? Then I awaken from last night's craziness to find out that Issac Hayes passed as well. Is 2008 just a bad year? Grandma? Heath Ledger? Stan Winston? Michael Turner? George Carlin? Now Bernie and Issac? This is getting ridiculous. I'm going to go play the theme song to Shaft (||) while stating that "I
ain't scared of you motherfuckers." Rest in peace to two great and entertaining cats...
...also I'm going to go bust someone's head "til' the white meat show." Jang-A-lang. Wait...no. Pause. Dollar Bill! Ah, better...

xXBurn Rubber & The Blind PigXx
Anyways, made the trip up to the D yesterday to the infamous Burn Rubber for the Elzhi listening party. All this time I've never been there before and I've been to that area MANY times. That...is a shame. Being in there WHILE being broke? Nah, not good. Hopefully by the 30th I will have a bread and SOON as I get my housing settled, guess who's making a trip back? This guy is, that's who! I already have my targets scoped out... 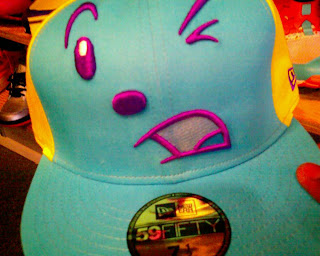 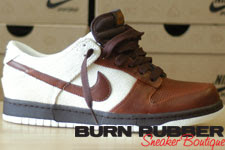 See those? Want those. AND THERE'S MORE...I just didn't feel right taking pictures of them. It made me look like I was casing the place and planning on doing a Danny Ocean. Either way, the place is awesomeness personified. Met Elzhi, helped Ketchums INTERVIEW Elzhi (I held a camera. Woot!), heard the new album The Preface (which is being released on Tuesday), chatted it up with some chill people, and called out some douchebags in a purple blazer. Fun times, fun times. I wanted to stop by CCS and see some familiar faces but I couldn't. :(.

xXDailies - The Smack VersionXx
I'll be heading back to CCS in a couple weeks. Between those weeks I have projects I need to finish up. DJ Mo Beatz logo. New I.V. shirt. Trendsettaz. Grade A Sk8er Boy. So to further busy myself and keep me non-rusty, I've decided to take the Chris Houghton route. I really was feeling what he was accomplishing with that idea so starting tomorrow, I'm going to start doing a sketch a day, everyday. So prepare to see whatever comes to my mind that day. Ninja on a giraffe? Monkeys? Monkeys and ninjas? Yep! Might not be as awesome as Chris's was but I'm gonna try at least. Starting tomorrow. Not tonight. Tonight's Scrubs Night. And "Working On Revolutionary Times Promo" Night...