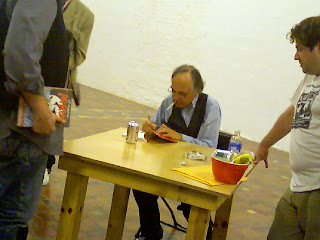 This past Wednesday, I had a chance to travel back to Detroit for a very special event that hit close to my comic book laced veins. Legendary artist Art Spiegelman, creator of the critically acclaimed comic Maus and among other thought provoking pieces, was speaking at the MOCAD (Museum of Contemporary Art Detroit) as a part of his tour "Comix 101." There was no way that I would miss this so I found my way to back to the D just in time for this.

The lecture was just as I thought it was be, informative and full of wit. He broke down how his work has been seen sometimes have controversial yet so inspiring at the same time. Just hearing of the history of his life in art and how it reflected his personality was just incredible. After the lecture, there was special one-on-one session with Spiegelman and the group from CCS which I was in. This session was much more intimate (||) than the actual lecture with nearly 100 people all in one room (with no fan on).

Now, no one really knows this but Maus, to me, is absolutely one of the most personal and life driven comics - nah - BOOKS, that I've ever read. From a kid who basically grew up on superhero books to find this comic that takes this complex world of a Jewish family surviving the Holocaust basically changed the game for me completely. It showed me that comics don't have to be nothing but SMASH! BLAM! and POW! That they can be a reflection of your own soul basically.

And that's exactly what I told him after the session ended and everyone was getting him to sign their copies of his various works. Yeah, I was nervous. Sweating with my dopey little artbook filled with business cards in one hand, the other a hankercheif to wipe said sweat away. You'd think I was about to meet Obama or Diddy, but this man was just as important to my artistic lifestyle. But upon finally speaking to him, it became clear that this man appreciate all forms of underground comics. For the few minutes we talked, he told me about the lack of black comic artist in the underground comics scene and even told me about one that inspired him so much that he basically followed his career all across the globe. That this artist's life story was that powerful to him. That artist's name is Oliver Wendell Harrington creator of the comic strip "Bootsie." I plan on doing an edition of "Revoluationary Artist Series" on him soon over at the Rev. Times blog.

So all in all that was a great experience to have had. There have been artists that have came through Detroit that I unforunately missed out on *coughcoughShinichirō Watanabecoughcough* so I'm glad I got the chance to see Spiegelman speak. 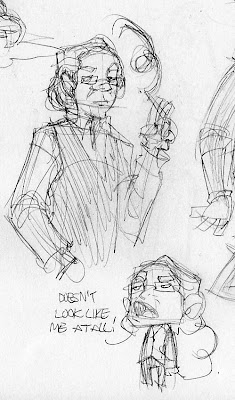 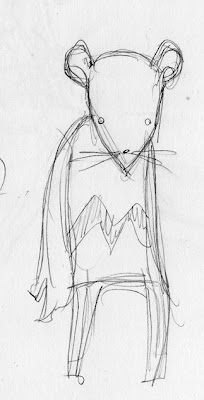