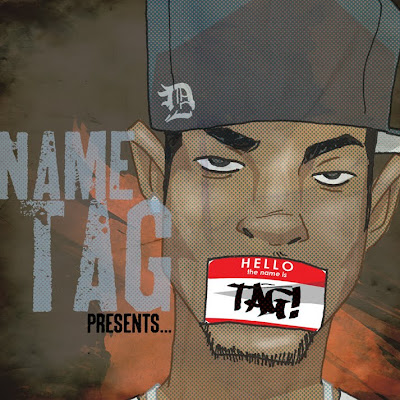 So the story behind this - Because of my work with Cold Men Young, I was approached by another Detroit mic ripper Nametag to do the artwork for his debut album The Name Is Tag. The music was dope so of course I obliged. Unfortunately in the end of it, the style wasn't what he wanted for a first album, which I understand. It's your debut album and you want people to witness something recognizable to establish a brand. So maybe next album you might see a Smack! x Nametag collabo. Keep the fingers cross.