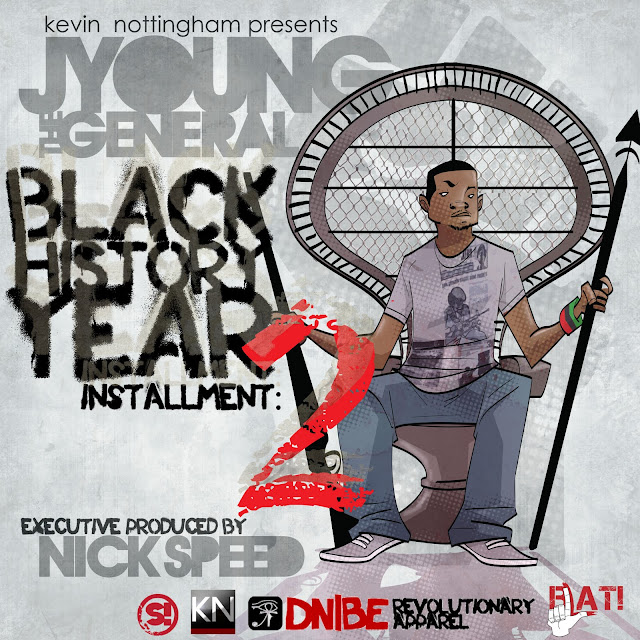 
Michigan emcee JYoung The General has joined forces with KevinNottingham.com and dN|Be Apparel to present the second installment of his Black History Year series. Just like the first installment which was released a year ago, Black History Year Installment Two is executively produced by Nick Speed (who has produced for G-Unit, Danny Brown and Elzhi).
Black History Year: Installment Two is part of an EP series that JYoung The General created to raise awareness of black issues, leaders and events. JYoung is joined by Michigan staples such as OneBeLo, Mae Day and Buff1 to edutain listeners on the Black Panther Party for Self Defense, the Pan-African flag, gentrification and more. Today’s release date, April 19, pays homage to the the date that Stokely Carmichael, a founding member of the Black Panther Party, coined the term “Black Power” during a 1967 speech in Seattle.