It's been a while since I did one of these so I think the list has grown quite a bit since then. But anyways *ahem* let's do this.

*bows head and closes his eyes*

Dear Art Gods, you have blessed me this summer to of course work on some great stuff. Flyers. Internet stuff. Comics EVERY SINGLE MONDAY. T-Shirts. And other things of that awesome nature. But now, I come to you with a favor on this, the day of your daughter's wedding. A favor that has been wandering in my head for a while now... 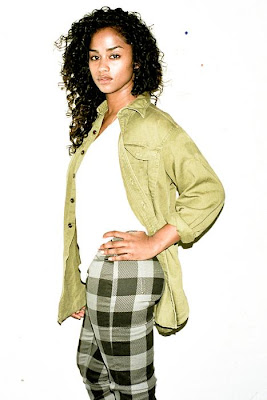 This, your Artfulness, is Vashtie Kola. She is awesome. Why is she awesome, you ask? Because she's a director, an artist, a designer, and all around go-getter. Hell even Pharrell saw the greatness in her, and that's why he dated her.* You may not recognize the face but you have to recognize the notable work she's done...
...from writing the treatment to one of my favorite Common music videos (featuring future Open Letter item Taraji P. Henson)...

...to working with other up and coming artists....

...to working on videos with cats like Ryan Leslie and...um....Ryan Leslie**

...so yeah, OBVIOUSLY she's dope creativitly. And I know what you're saying right now, Artfather. "But Smack, what about her sense of humor? You know what's the key thing you see in a girl." You're right. You're absolutely right but see, she's even got THAT covered AGAIN with Sir Cudi***

So there you have it, Artbert Artstein. My one wish to you that me and Ms. Kola's path will cross somehow in this weird kooky art mashed world and do things together. Lots of things. Many things....oh and some art too. Zing! *Ahem* But in all (almost) seriousness, in the words of Kevin Liles, "Let's make it happen."

...plus we have the same birthday. If that's not a sign then I just don't know what is. 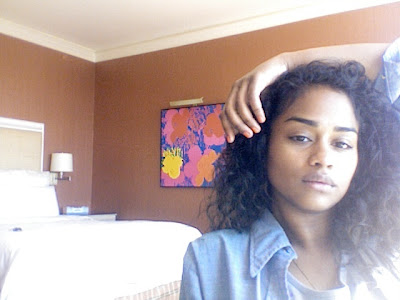 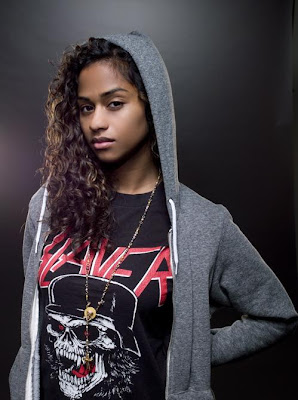 *...but he a damn fool for even letting her go. Slap yo'self, Skateboard P.
**I kid. I kid. That was a dope song.
***Seriously. How is he that lucky? I need to get my "Kid Cudi Disgusing" Kit ready....
Email Post
Labels: females letter to the art gods videos