Yeah, I know I haven't updated this thing for a while. This winter break has been a weird yet busy one, from being snowed in more than once, to Flint, to chilling in the mall after hours like my name was Brodie Bruce (the movie Mallrats for those non-nerds). Plus I've been steadily getting stacked with some freelance work (I'll get to that on a later post) so I've been pretty busy in my makeshift studio back home trying NOT to be distracted by this beautiful Xbox 360. (I love it...I love it so much...so so much)

Anyways, lately I've seen people culminating with end of the year blogs with their best choices in certain categories so I thought, hell, why not have a go at it too. So I present to you (insert drumroll)...

- The Dark Knight
Is there even any question why this would be picked as my favorite movie of the year? You know before I thought Batman Begins and Sin City were the definite films that helped grounded the comic-to-film movement but I was wrong. From the superior acting to the excellent storytelling to the striking visuals, this movie was the complete package to any movie fan or Batman fanatic alike. Something in me doesn't even want them to make a third one. Nah, that's a lie, Bring on Batman 3, Nolan. Just no Eddie Murphy as the Riddler though.
- Cloverfield
- 007: Quantum of Solace
- Tropic Thunder
- Kung Fu Panda
(honorable mention: Semi-Pro, Pineapple Express, Iron Man, City of Men)

- Elzhi - The Preface
Elzhi was always a dope lyricist. From his work with Slum Village to his Witness My Growth mixtape and Europass, his wordplay continued to impress me enough to eagerly wait for his solo debut. And he didn't disappoint. With amazing production provided by Black Milk and a Royce Da 5'9" collabo that became my theme song for a while, Elzhi brought incredible heat with album. Although stand out tracks such as "Colors," "D.E.M.O.N.S." and "Motown 25" define him as an emcee, the album as a whole will define him as a stand alone force in Detroit hip-hop, nah, hip-hop as a whole.
- Nas - Untitled
- 88-Keys - Death of Adam
- NERD - Seeing Sounds
- Coldplay - Viva la Vada
- Ne-Yo - The Year of the Gentlemen/Jamie Foxx - Intuition
(honorable mentions: Kanye West - 808s & Heartbreaks, Black Milk - Tronic, Q-Tip - The Renaissance, Young Jeezy - The Recession)

- 100 Bullets
I was first introduced to 100 Bullets by a fellow comics lover around back in the high school days. Ever since then, I've been hooked. Over 2008 though, they've raised the bar incredibly. As the series is about to come to an explosive close, I'm falling ever so much in love with Eduardo Risso's illustrations to match with Brian Azzarello's gritty storytelling. If you haven't had a chance to read this book then do yourself and start from its beginnings because you'll be HIGHLY intrigued.
- Amazing Spider-Man
- The Walking Dead
- The Umbrella Academy (Yeah, techinically it started in 2007, but I discovered it late)
(honorable mention: Secret Invasion, Kick Ass, The Punisher)

- Chris Bachalo/Stuart Immonen
This one had to be a tie. Not because both happen to provide visual greatness to Spider-Man titles (The Amazing Spider-Man and Ultimate Spider-Man respectively), but because they brought a new life to the webhead. I've been a fan of Bachalo since his work on Steampunk and the X-Men books, so color me surprised when he popped up in a Spidey book with a new refreshing look to his own style.
- Ashley Wood
- John Romita Jr.
- Joe Madureira
- Humberto Ramos

- House M.D./Scrubs
Another tie, and for good reason. Two very different shows set in the medical field, something I have NO clue about. Although both were slightly hindered because of the Writer's Strike, none disappointed me. Yeah, the season finale to Scrubs was wack as hell but it still brought with the humor. And House's sarcastic genius was still in top form, including a very well done season finale. The current season of House has got me addicted as ever and you already know I'm waiting for Scrubs return on ABC. And you know this, man! (c) Chris Tucker.
- Burn Notice
- The Big Bang Theory
- The Boondocks (Season Two)

- Dania Ramirez
Even though she had the most lackluster storyarc in all of Heroes and popped the fluck out of nowhere in Quarentine, she still could have been a hero to me. And that recent Maxim photoshoot just strengthened the hell out of that thought.
- Nikki Jean (see DigiSnacks)
- Olga Kurylenko (I'll Quantum her Solace)
- Sharon Leal (I'll soul her men...wait, NO! Ahem, she's very beautiful. Use Take 2)
- Kim Kardashian (No. Comment. Needed) 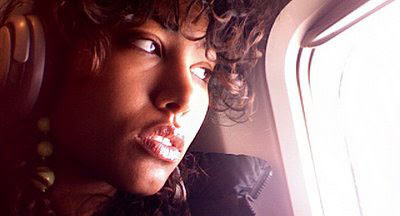 - Nikki Jean
"Hello, how are you?" Those are the first sensual loving words you hear from recording artist Nikki Jean's (Lupe Fiasco's "Hip-Hop Saved My Life") videos on her Youtube channel. Every videos shows you the inside life of Nikki from baking cookies to hearing herself for the first some on Lupe's song. Just watch one video and you'll find it hard NOT to like this girl.
- Metal Gear Awesome
- Dave Chaney - Shamakakaka
- The Roadents

- The Punisher War Zone/The Spirit
So after such incredible adaptations such as The Dark Knight, Incredible Hulk, and Iron Man, these two films had to just ruin everything. Although, Punisher was a small step up from the Thomas Jane version with its over the top violence, it fell short of an actual cohesive story. And The Spirit...sigh, horrible dialouge, a choppy story, and only a memorable (and perfect) Eva Mendes ass shot, this movie was an incredible disappointment that I hope doesn't tarnish Frank Miller's legend.
- Soulja Boy/Soulja Boy related beefs (Ice T, Charles Hamilton)
- George W. Bush
- Swagger (the word, not the idea)

Despite the 20th Century Fox f**kery, a movie adaptation of one of the most important graphic novels on the comic industry should and better be THE movie of the year...well at least to us nerds. Don't know about y'all normies.
(honorable mentions: X-Men Origins: Wolverine, Fanboys, Star Trek, District 13: Ultimatum)

Yeah, yeah. It's my blog. I can self-plug if I want to. But either way, Brandon and I are gearing up for 2009 and steadily trying to get R. Times out there to you, the people. Keep hope alive!

Yep, more self pluggin' (pause). 2008 was already an excellent year for I.V., but 09 is where Randall, Big O, and the conglomerate of talented people (including myself and Ketchum) are planning for big things. From mixtapes to new clothes, keep an eye out for the different. Just like the pic says, "this is crew love..." Click on the pic to visit the official website and cop some clothes already!
SIDENOTE: I'm now officially a contributor ot the I.V. blog so keep an eye on that too.

I got the chance to meet this cat earlier 2007 to work on artwork for his Finally Famous mixtape and it was a good experience. Dude's got wordplay for sure, but with Kanye West backing him up with a good ol' G.O.O.D Music record deal, he should be on his way to doing big things in 09. And hey, us Seans gotta stick together (pause). Click on the pic to hit up his official website.

:CCS Graduates
There are some great young talented artists about to graduate come May and they happened to be friends of mine. I would just LOVE to have been apart of that upcoming moment but unfortunately I'm stuck 'til December because college politics as usual. So keep a close look out for them because I already know they're about to be big.

Yeah, yeah, I know collaboration albums tend to be, well, ass. I mean, it couldn't even save Jay and R. Kelly. But I have a strong feeling 2009 might be an end to that collabo hindrance. With the already high buzz surrounding a Kanye/Pharrell/Lupe Fiasco album in the works, a rumored Royce Da' 5'9/Elzhi project, and a possible Black Milk joint venture with Boot Camp Clik's Sean Price and fellow Detroiter Guilty Simpson, collaboration albums might make a comeback.
...Oh, and I guess there is that one Lil' Wayne/T-Pain idea...or Lil' Wayne/Juelz Santana. Yeah, not so much for those though...

Yeah, that took a while to get done. If you read through it all, you're a champion. You're a scholar. A saint AND a scholar. As for 2009, I'm hoping for big things (or thangs) to be happening. Like I said earlier, I got some projects that I'm working on (including Revolutionary Times stuff) so you'll be hearing about those soon.

And as always, until then I'm Ghost...face
Email Post