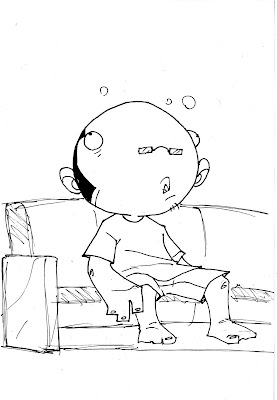 So over the weekend I mysteriously become inflicted with an illness. Who can be blamed for this at of disease? The fact that we have to open up windows in our place because our air conditioner only loves heat? That surprise guest that was only here for about five minutes but later on, it was revealed that she was very MUCH “down with the sickness” © Disturbed? Whatever the reason may be, it happened and here I am, back to making friends with the Outbreak monkey. Oh, Outbreak Monkey. How I missed you. We can be just like Aladdin and Abu now. Or Mark Wahlberg and…uh…gorilla version of Michael Clarke Duncan. But as sickness slowly spreads, one gets to thinking about random things while in the midst of avoiding homework.
And with that, I leave with this. Don't know what it is. Don't feel like explaining. It's just there...meh. 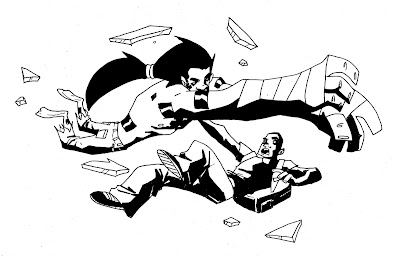