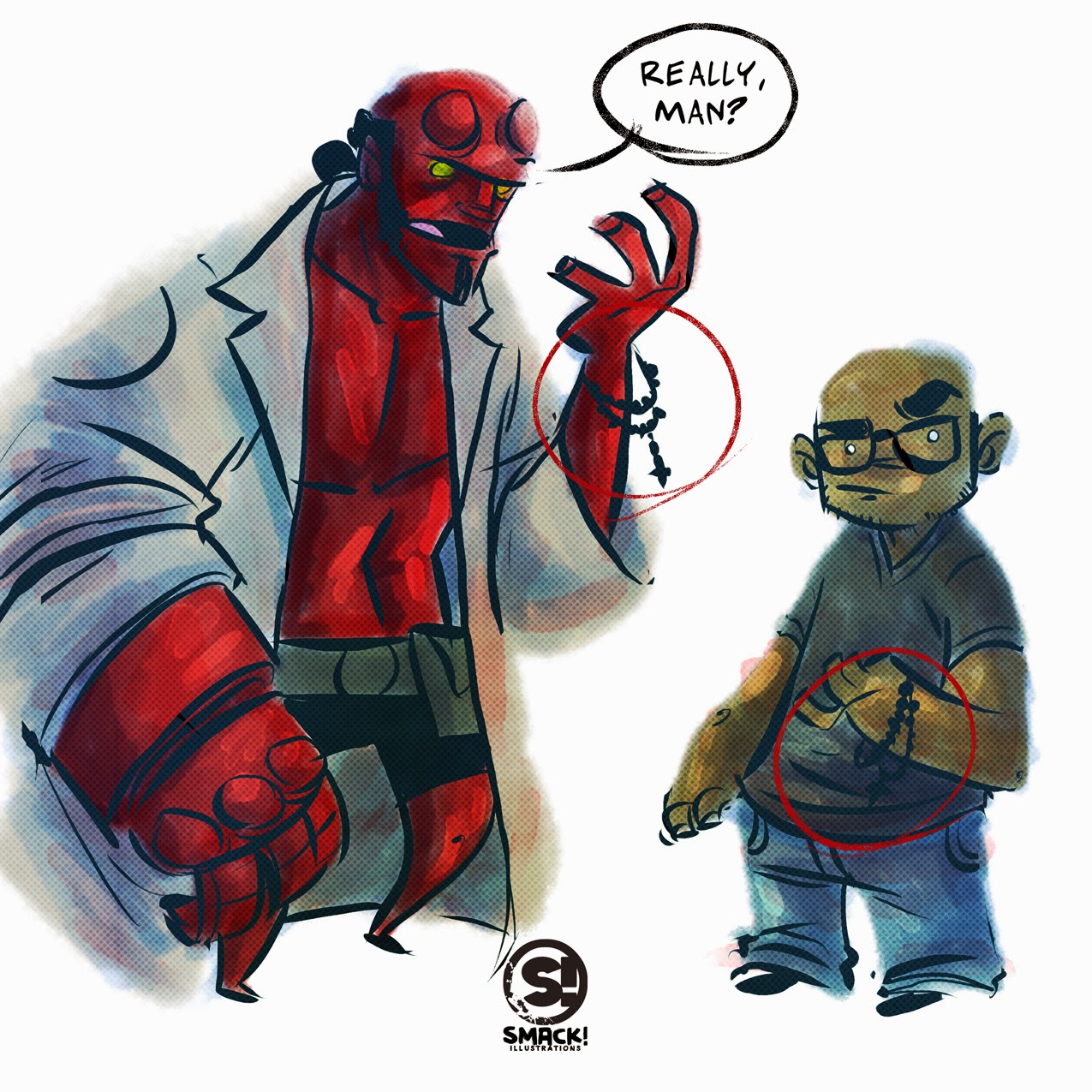 Yesterday was the 20th anniversary of Mike Mignola's Hellboy. Mignola is one of my favorite artists and highly influential in my style of art ever since I was inadvertently introduced to him via his work on Atlantis: The Lost Empire.

SMACK FUN FACT: The cross bracelet I wear on my drawing arm is partly inspired by the same way Hellboy wears his.
Email Post