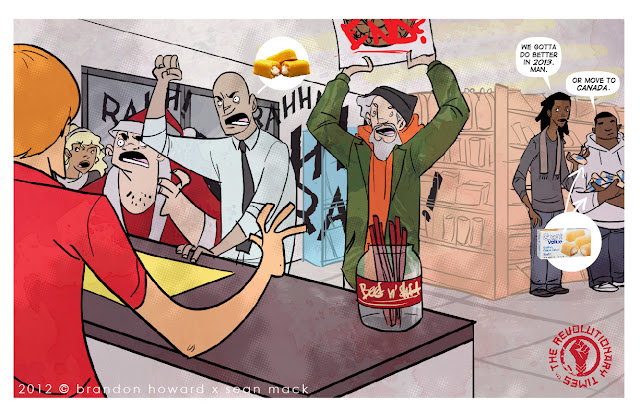 Happy 2013, everybody! If you woke up in a dumpster full of fresh Twinkies last night then you're officially the luckiest person in all of the land.

I know there's been a lack of Revolutionary Times on here for a while. That's because we're restructuring things a bit. Gone is the DrunkDuck site in order for us to finally get the actual website up and running. The comics will be still be posted on the blog and our Facebook until then. Also we're starting up the "Propaganda" idea in new format so expect some news on that as well.

So let's not do the cliche of saying "2013 will be our year," alright? We're not rappers. Sheesh.

...but yo, 2013 is about to be our YEAR, son!
Email Post
Labels: revolutionary times