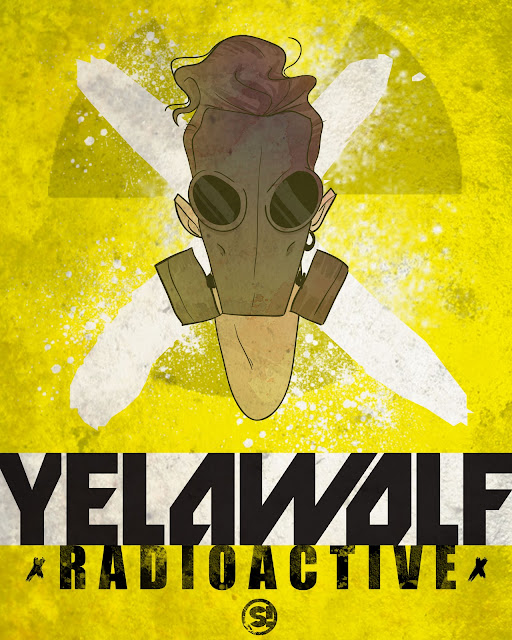 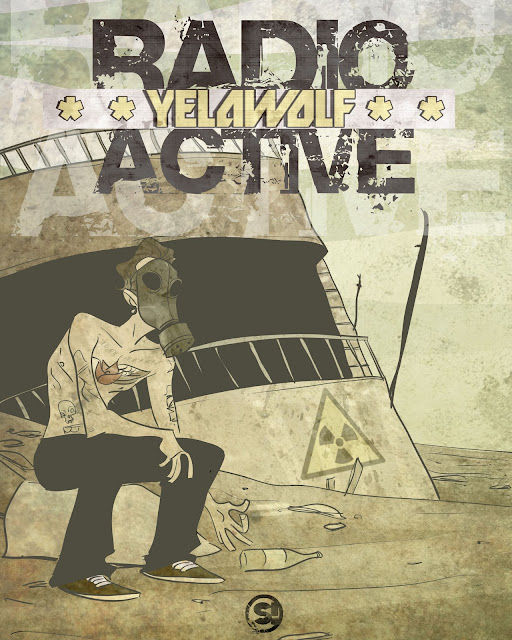 Here are two flyer designs I made up for the Yelawolf contest over at CreativeAllies promoting his upcoming debut Radioactive. The contest asked for artists to have their own creative twist to the "radioactive/biohazard" idea behind the album's title. So of course I worked up for a few sketches that mainly had a masked Yelawolf...

...but as I kept sketching ideas out it turned into a full on apocalyptic scene. The last two ideas were what interested me the most so I decided to do both of them and cover my basis. The first one was simple as I've drawn gas mask type art before. The second one was more of a challenge so I found reference photos of bombed out buildings/landscapes and of course Yelawolf to somewhat get his tattoos down.
The contest is over on Dec. 9th so click on each picture to head over to the site and vote/favorite whichever one catches your eye more.
Email Post