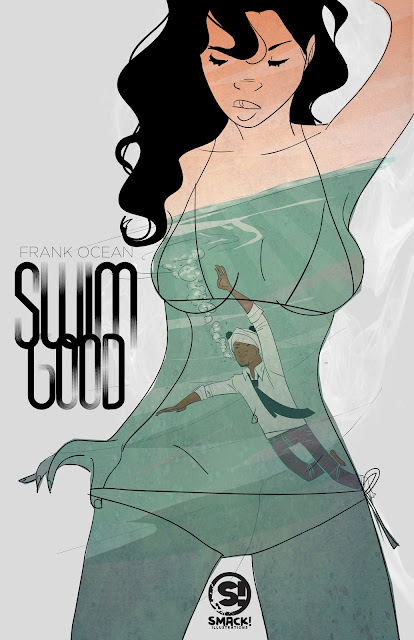 It's these rare times I actually act on an idea for a piece without any hesitation. I've been wanting to do a piece inspired by Frank Ocean's "Swim Good" ever since I first heard it but never had a concrete idea. But after a few days of stalking the artwork of Frank Stockton I got a bit inspired to actually do something this time. As always, it started it off with a vague rough sketch of the idea... 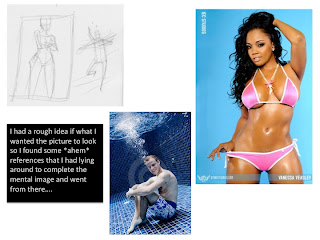 Once I had an idea of how I wanted to use the references I laid out the pencils for each piece, the girl and the underwater scene.... 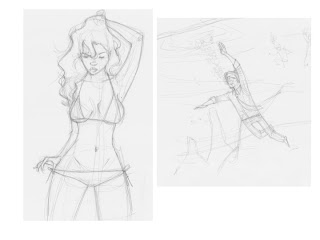 Once I had the pencils laid out, it was on to my trusty new inking solution - Illustrator to put everything together... 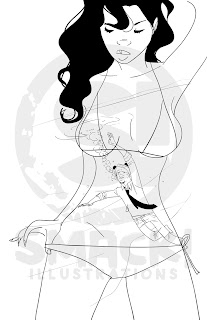 I wanted the idea of Frank (we'll call him "Frank" since he is wearing that panda hat) being trapped inside this girl's body, trying his best to swim out while she is slightly just looking down at him like a kind of Big Brother "We're Watching You" kind of deal.

So that's a look at the first part of the process I usually go for my art. Stay tuned later today hopefully and they're will be a SpeedComic for it as well.