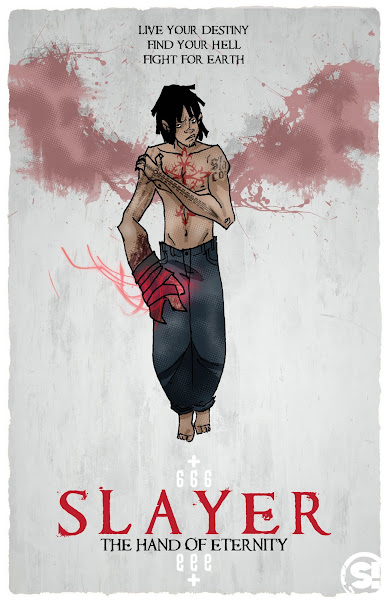 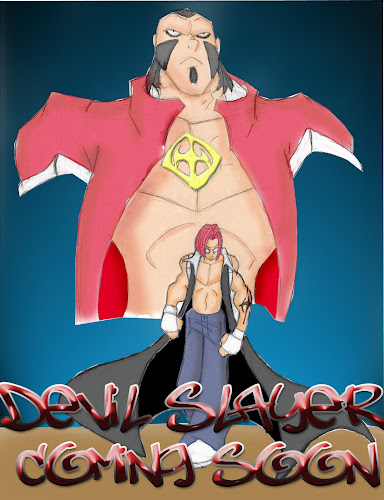 Looking back in my DeviantArt account, I realized I started it in 2003. So I wanted to see the transition of old high school Sean to new post-grad Smack. The first thing that popped up was this drawing I did based on an idea that I developed in high school - Slayer.
The story of Slayer goes as this - Gabriel is a loner who walks about his campus as the school leper. Barely any friends, no love life, and the sudden revelation that his parents are not really his biological ones. As he goes deeper into his real parents' lives, he realizes that his father was apart of clan of warriors (The Slayer Corp.) destined to police demonic forces. But before Gabriel was born, his father was murdered by an mysterious demon who then implanted his essence into Gabriel's then pregnant mother. That demon is soon revealed as the Devil himself and as revenge against the Slayer Corp., he now holds the souls of Gabriel's parents. Now with the power of Hell spreading in his body and the guidance of his reformed demon uncle, Gabriel must fight his way through an army of evil to save the souls of his parents, defeat the Devil, and start his new life as our generation's next Slayer.
Yeah, this is what I thought about during high school. No wonder I wasn't sociable.


This might be apart of series where I revision a bunch of art I did in high school. Who knows. And don't take the Slayer idea. I might refine it later on in life...
...I'm serious. If someone takes the idea I will come to your house with some goons who specialize in specific type of ass kicking. Yours!
Email Post
Labels: bored smack old sean new smack randomness