*I'm trying to find a better word for "Smack Collabos." Promise.
So a couple weeks ago the official cover art for Drake's debut Thank Me Later was unleashed on the world. Its simplistic nature is quite understandable but me being in the spirit of competition (and mainly bored) wanted to challenge myself to do my own version of it. But I wasn't the only one who thought this. No...
*Yoda voice*
...there was another.
Enter Mr. Fotoshop. Ah yes, I've talked about his skills before so the idea of a collaboration is nothing but great. So the plan was laid out. The first thing that was needed was my end of the deal, which I thought would be easy.
No. No it was not.
I've found out that I am the most fickle artist in the world with my beginning process. And that Drake and his "Fooly Cooly" eyebrows are almost impossible to capture. But after a struggle or two, I produced this... 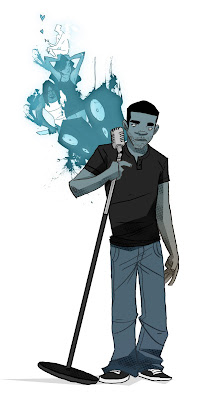 ...sent it over to Jon and viola, magical sparks were formed into art. 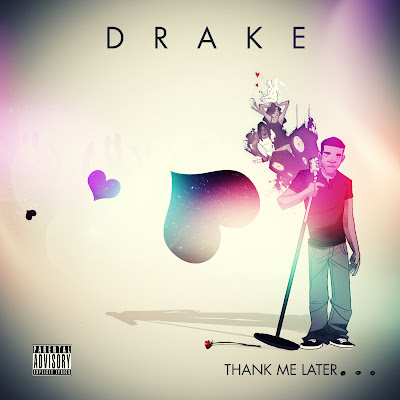 Hopefully this leads to more collabos between us two. You never know. Could be the Captain Planet of design right now. Without the pet monkey.
...okay, the pet monkey can stay.
WANNA SEE MORE OF MR. FOTOSHOP'S WORK?
Email Post
Labels: collabos randomness showin love