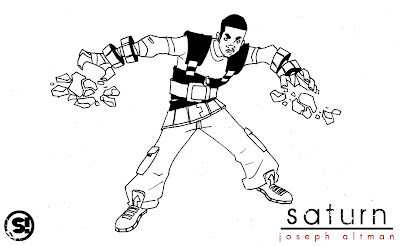 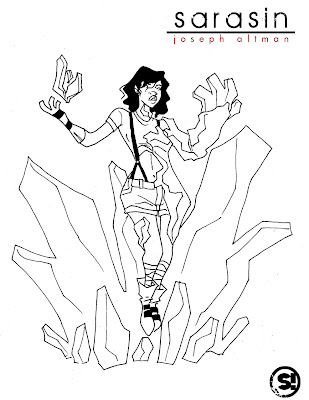 Here are some more character designs of Saturn and Sarasin from Joseph Altman's series that is still in the works., with these displaying their "special" abilities more. I had these lingering on the desktop for a while so I thought now would be a good time to drop them.

xX?Week Xperiment v.3Xx
So after a couple weeks of dabbling into ideas and whatnot I've narrowed down my next musical experiment that I will be divulging myself into for the next couple of weeks. It was a tough choice. At first the arrogant and outlandish swag of the music of T.I. and Wayne were speaking to my swag-wanting soul but the gritty heart pounding lyrics and beats of Royce Da 5'9 and Black Milk spoke to my Detroit-bound life. But I decided to go toward another avenue... 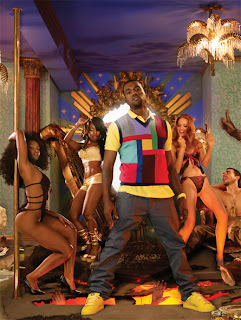 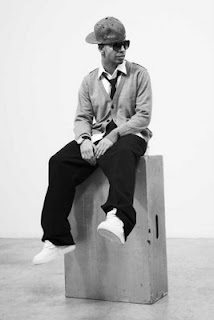 Kanye West is all about confidence. You can practically tell it in his actions and songs. Songs such as "Good Life" and "Keep 'Em High" boast all about that cocky side fo him that people know much from his lifestyle, but it's the more introspective tracks that mark him as one of our generation's greatest musicians. Songs like "All Falls Down" and "Heartless" come to my mind as a showcase of his true heart and thought, something that is mostly missing in most mainstream hip-hop these days.

Drake, now at first I never really thought anything of Drake. When the homie Ketchum first introduced me to his music my first thought was, "Ain't this cat on Degrassi?"

....whoa, wait. How the hell do you know about Degrassi, Smack?
....Calm down, man. I only know about it because Kevin Smith and Jason Mewes (Silent Bob and Jay respectively) was on an epsiode or two. Easy
....Oh. Aight then. Continue.

But as I got to listening to his mixtape Comeback Season the more I became impressed. His standout song "Replacement Girl" of course has that catchy mainstream buzz but songs where he goes toe-to-toe when emcees like Little Brother, The Clipse, and Bun-B is where he shines. Hell he outshined Lil' Wayne on his OWN mixtape. His latest tape So Far Gone, sort of his own 808s & Heartbreak, has only certified himself as one of the hot up and coming emcees in the game right now.

And here's a sample of the massive playlist that I'll be listening to...
Kanye West - The Glory


Now let me start listening to "Tainted" by Slum Village so I can get that out of my system before the actual experiment starts.