Ah, Detroit. How I missed you and your griminess. Your corrupt mayors, your army of cop cars and your bums that call random people "nephew" in the middle of winter. But I've finally made my return to greatness. Why greatness? Because I plan on bringing that greatness.

But nah, I can never be cocky. I'm too humble to attempt at trying for that direction. Since I've been back in the D I've gotten back in touch with familiar faces and personalities that I missed like hell over the summer. Rooming with the homie Randall in the rebirth of "The Furnace" from our last year place. Same idea, different and VERY nice setting. (Thank you CCS for your recent housing acquisition. I shall use it deviously yet in kind) Started exercising again after some much slacking off during August. Welcome back parties. Drunkenness. Random trips over to Wayne State. Whatever. All has coincided in JUST a week. That's what I call a way to kick off my Senior year, dammit. All in whatever I can do to accomplish an "overnight celebrity" status (no Twista).

And with all this madness comes sketches of madness. I haven't been able to upload anything because of lack of internet but since I'm now the Danny Ocean of wireless internet right now I can finally do that. (Don't worry, I'll have my own come Monday...) Some ideas I'm currently working on for my "work in progress" of a senior project and others just random sketches/ideas that came to mind while I was either sitting around the CCS cafe or outside of the Wayne State dorms... 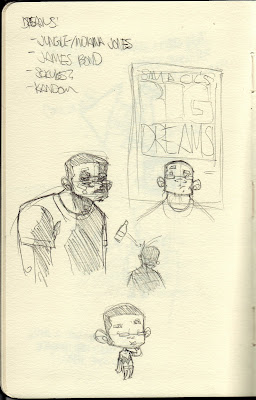 Sketches for my senior project. Can't tell much right now but I will say it will be a definite challenge for me. It's going to be dealing with daydreams so I'm trying for a different style for each daydream. Yeah, like I said - CHALLENGE! 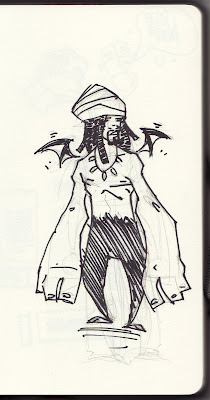 Sketches for a possible logo. Sometime in December I'm going to have postcards made up possibly using of these. It's a requirement for my Senior Studio class so that's a good thing for me either way... 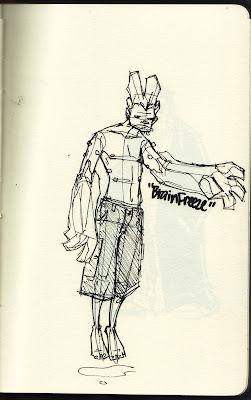 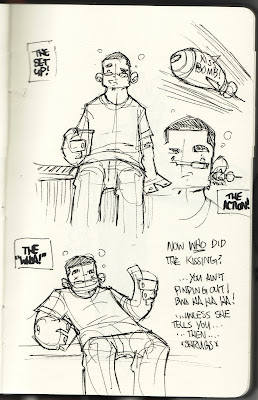 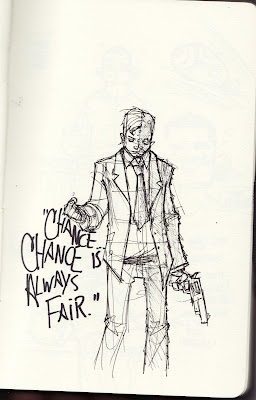 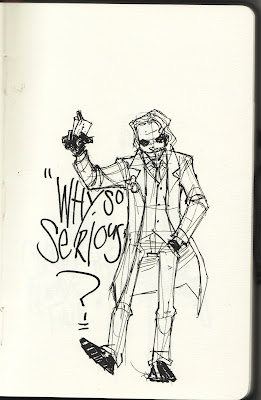 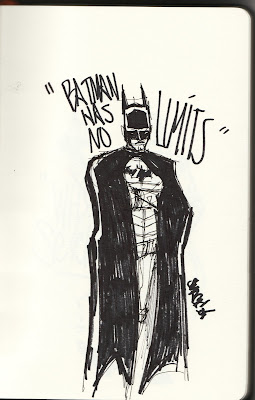 EDIT: Why does this movie have nothing but the greatest potential to be the ONE cinematic adaptation of a video game that WON'T become a wreck of a film? Why does it give me that feeling (pause)?