The Revolutionary Times - There Can Only Be One 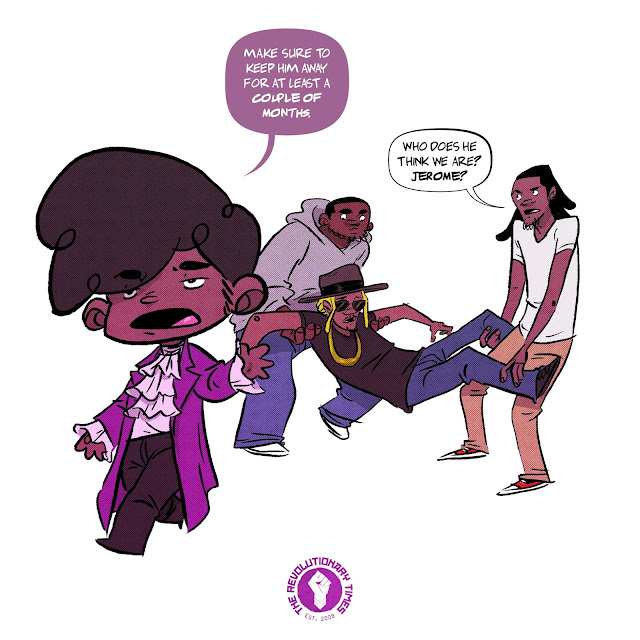 Yesterday we lost a legend we thought we would never lose. Hell, Sean had a theory that Prince was a Highlander (“Was there any sign of lightening near Paisley Studios? No? Then he’s not gone, dammit!”).

But as we celebrate the legacy of Prince Rogers Nelson, the group has decided on one thing: That there can only be ONE Purple Rain. (“See? Highlander!”)

So if you don’t hear from Future Vandross for a while, no worries. He’ll be well taken cared of. We just gotta keep him out of sight for a couple of months and then he can go back to dirtying ya’ll Sprites.
Email Post
Labels: comics Prince revolutionary times