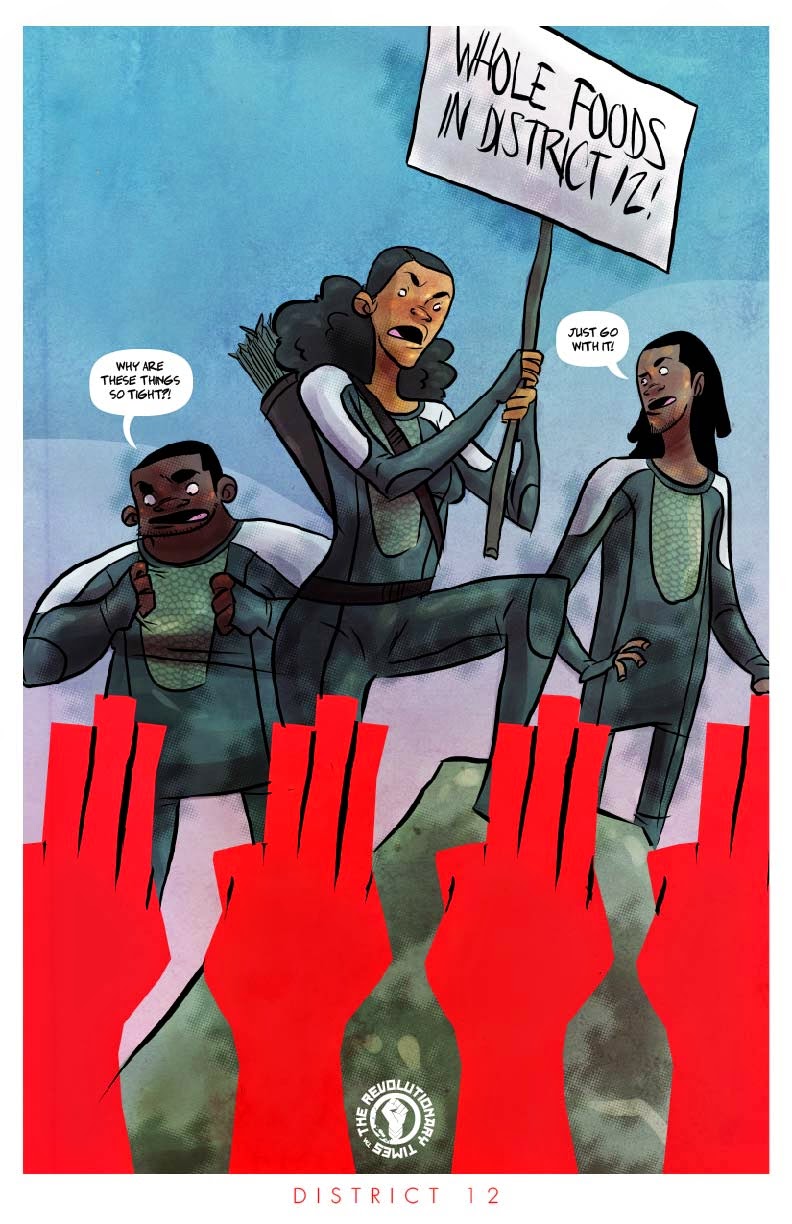 White-washing has been a problem in Hollywood. We can see it in films such as the upcoming Exodus where all the main characters are basically white actors playing Egyptians. So Brandon and I are starting a series of parody posters that "fixes" these kind of problems. The first edition is just in time for the release of latest Hunger Games movie.

You also buy this as a print on our Society6 page along with our comic "The Unarmed" as well.
Email Post
Labels: illustration revolutionary times