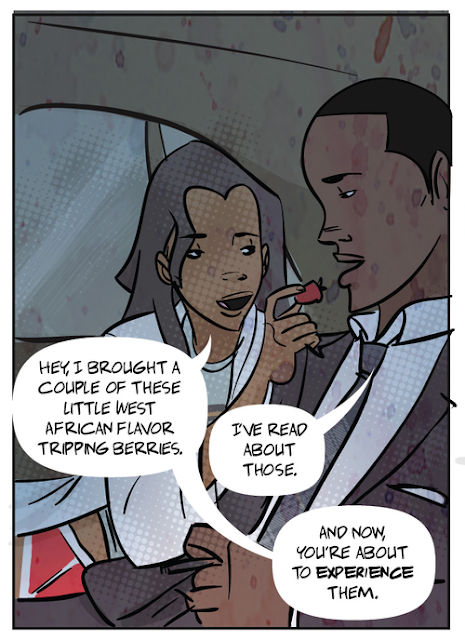 C.J. broke the news late Sunday night, but the nominees for the 2013 Glyph Comic Awards were just announced and our graphic novel "KOBK" received FOUR nominations, including Story Of The Year and Best Writer. The Glyph Comic Awards are all a part of the East Coast Black Age Of Comics Convention (ECBACC) that's held yearly in Philly and it lands on May 18th this year. Having been nominated with Brandon in 2011 for The Revolutionary Times, it's an honor to get a chance to be put up among some of the best creatives in the black comics industry.

I mean we're up against Ultimate Spider-Man for Pete's sake. That's crazy.

So yeah, we'll know all about the winners come May 18th. I would love to be in Philly for the awards and convention so we'll see. Either way, it's good times. Thanks to everyone who supported KOBK and gave us feedback. And if you haven't copped the book yet there's still a chance. Go and read it now.
Email Post
Labels: Glyph Comics Awards KOBK