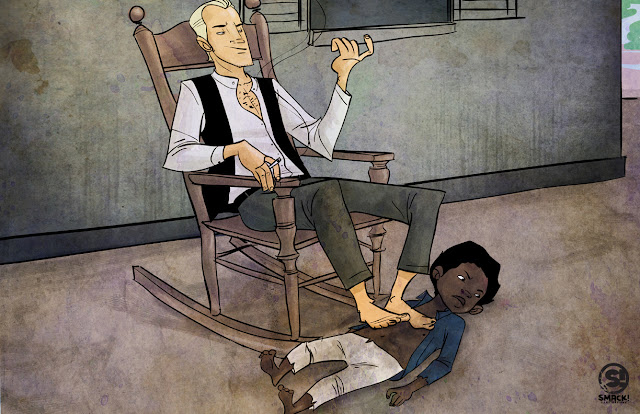 Since the movie is currently on for sale on DVD, I figure it's time I could unleash the illustration I did for Tariq Nasheed's documentary Hidden Colors 2: The Triumph Of Melanin. It was used during a segment focusing on the medical myths behind people of color. The illustration I was assigned to portray displayed the myth that slave owners, believing if they placed their feet on a black child that it would cure any form of rheumatism.

I went to the premiere of the film here in Detroit earlier in the month and it was damn near a sold out show. Very good information and history all throughout the movie so if you're someone who's especially interested in the history of people of African descent then you should cop it. The documentary is on sale right along with the first movie.
Email Post
Labels: commissions illustrations